Looking for uncle Aron’s house Brzeziny is a small place in central Poland. In spite of its microscopic size, for many years it had been the greatest tailoring center in the country. Almost all of the local tailors were of Jewish origin and the... Read more

The Nazi German Army entered the town on the first days of war, in September 1939. It had been decided that Brzeziny, together with the western part of Poland, would be incorporated to the Third Reich, whereas the areas east of the town were to... Read more 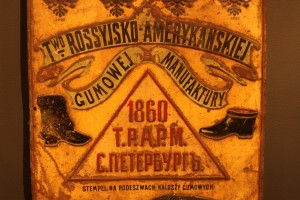 Photos from my last visit to Częstochowa. On the hot summer days we were tracing the family places of Jewish families of Epstein and Działoszyński that once lived there. Skyline of Częstochowa – dominated by churches and closed industrial... Read more